Building Hope is at once an interactive work of art and a huge toy, installed at the Peiraios 260 courtyard and created by the internationally acclaimed artist Mark Hadjipateras whose site-specific installations have been exhibited at galleries, museums and public spaces in Europe and North America, such as the NYC subway and the Nea Paralia of Thessaloniki.

The installation consists of components based on geometric, archetypal forms found in architecture and art of all eras and civilizations, a testament to our shared human origins. It is made of pillows in bright colours, whose scale and technical specs are suitable for small children. The children and their wards are invited to play in a creative manner, assembling, building and composing, either by themselves or all together, entire cities, buildings, bridges and all sorts of environments.

The installation will include banners featuring the six puzzles which will be created after the different parts of the installation are assembled and with assemblages of images created at the playground of Zappeion, where the work was originally presented in a smaller scale back in 2017.

Building Hope is based on previous works of the artist, such as the photo sculptures Sections 1995 and the metallic sculpture Sections 2004, a commission from the City of Athens as part of the 2004 Summer Olympics, which had been set up at the Apostolou Pavlou pedestrian street. 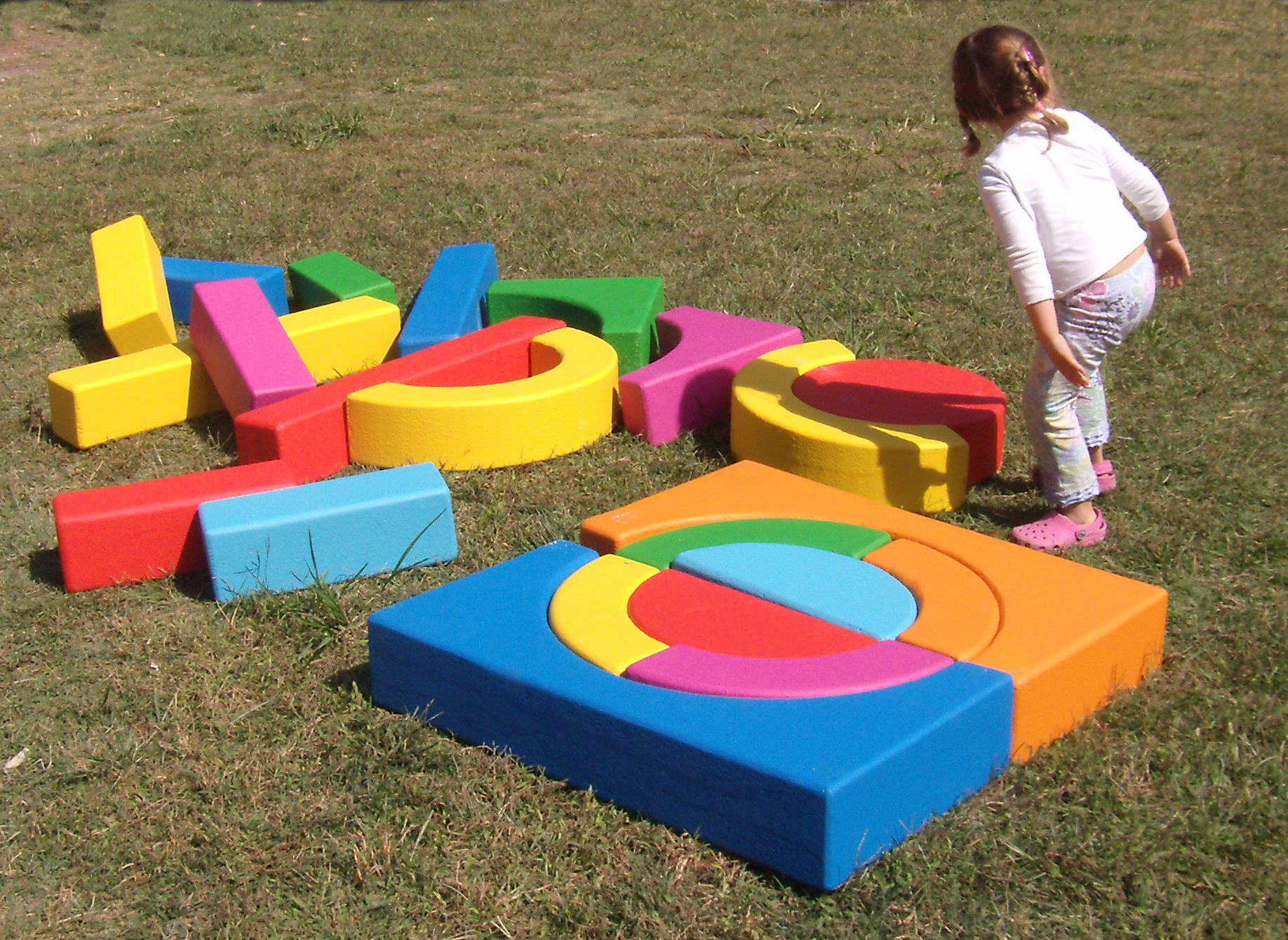 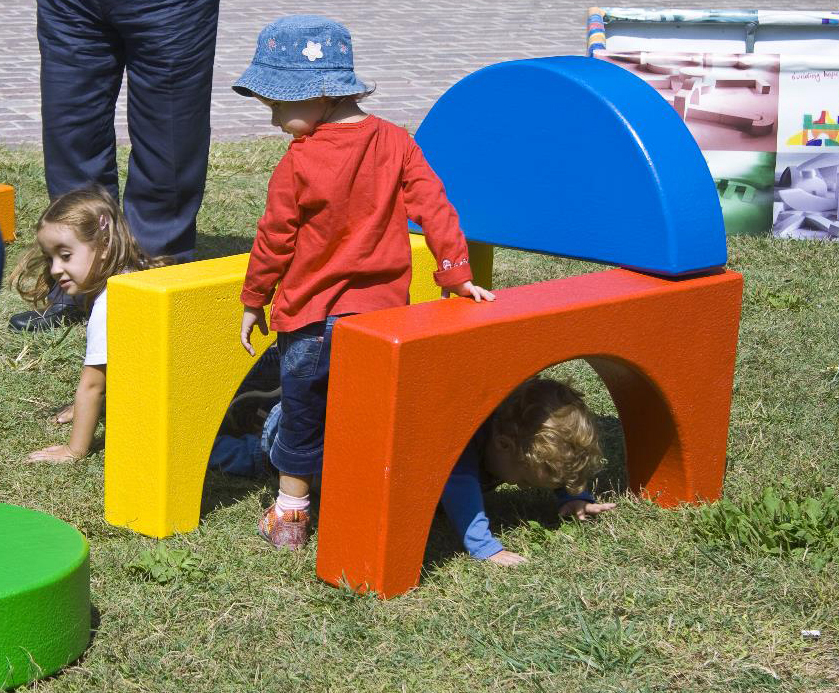 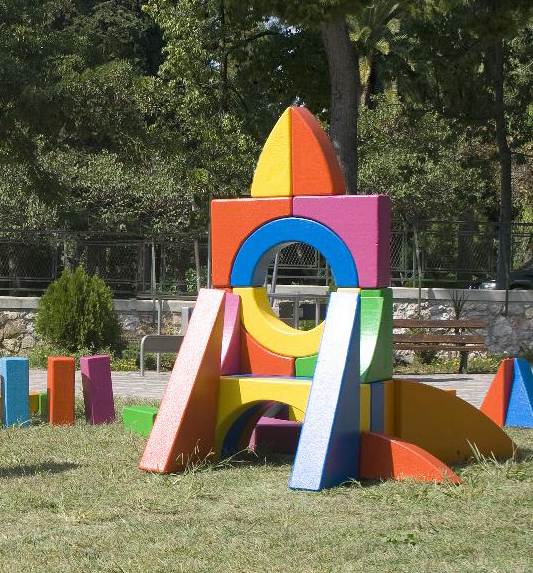 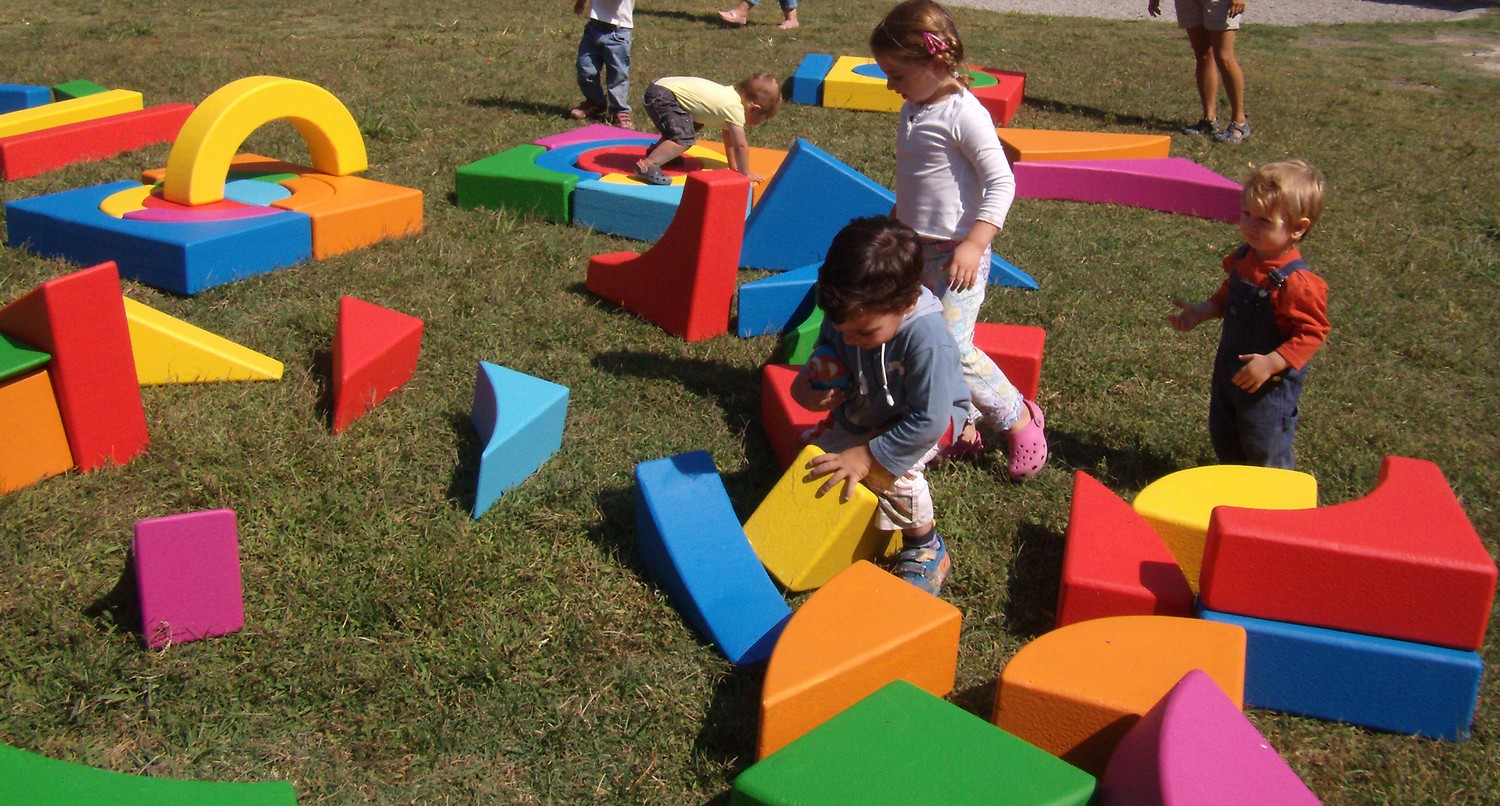 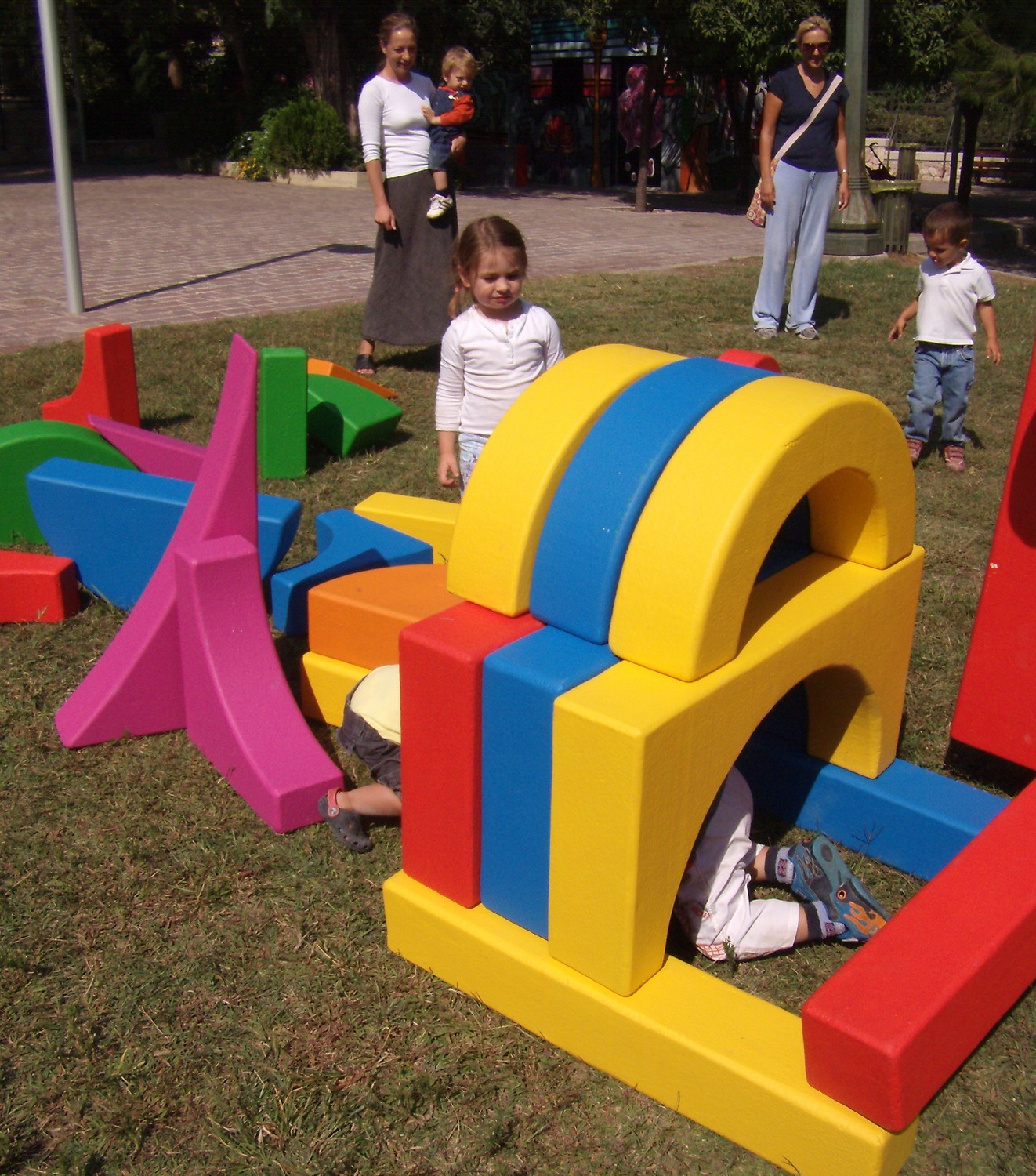 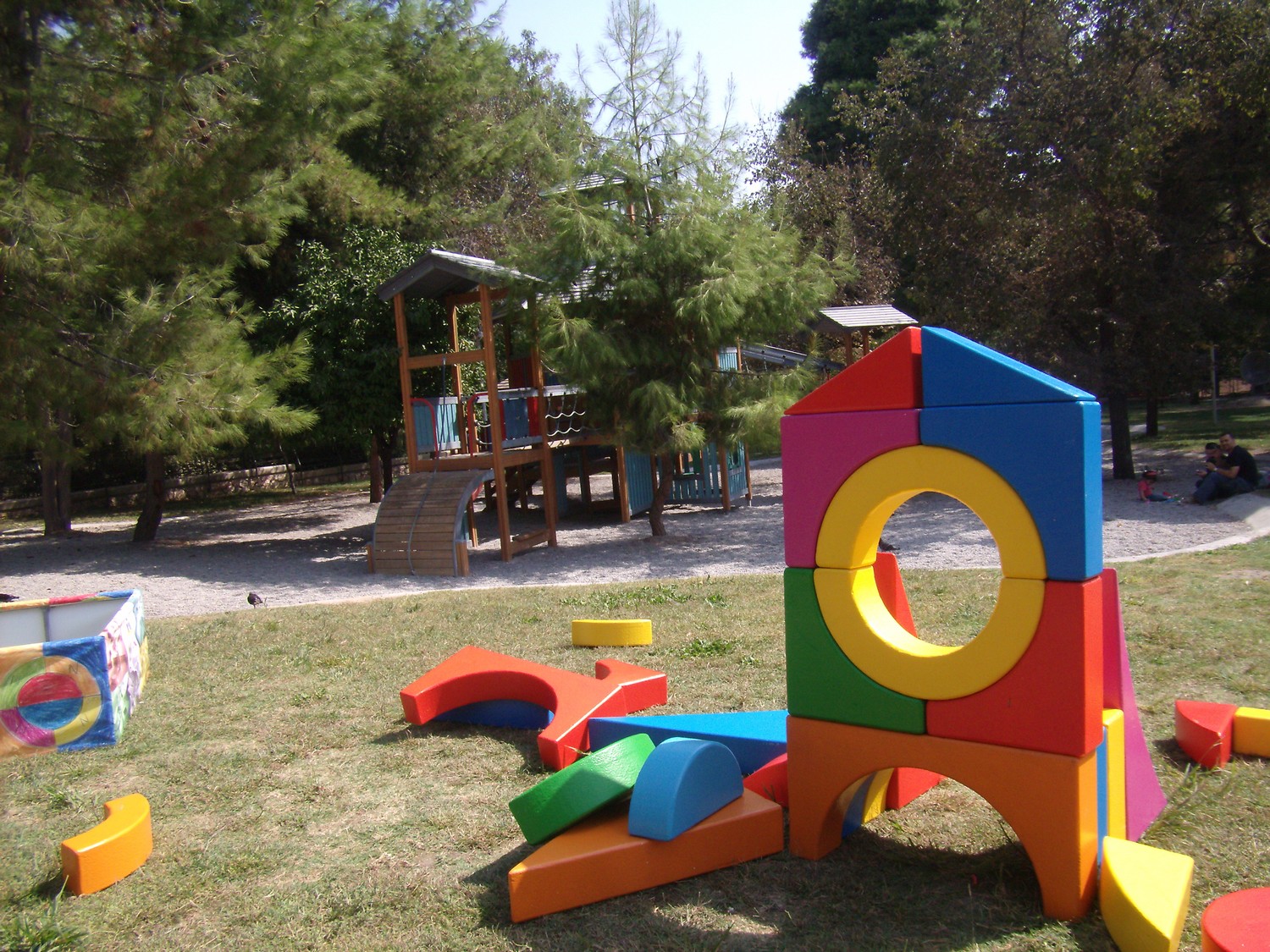 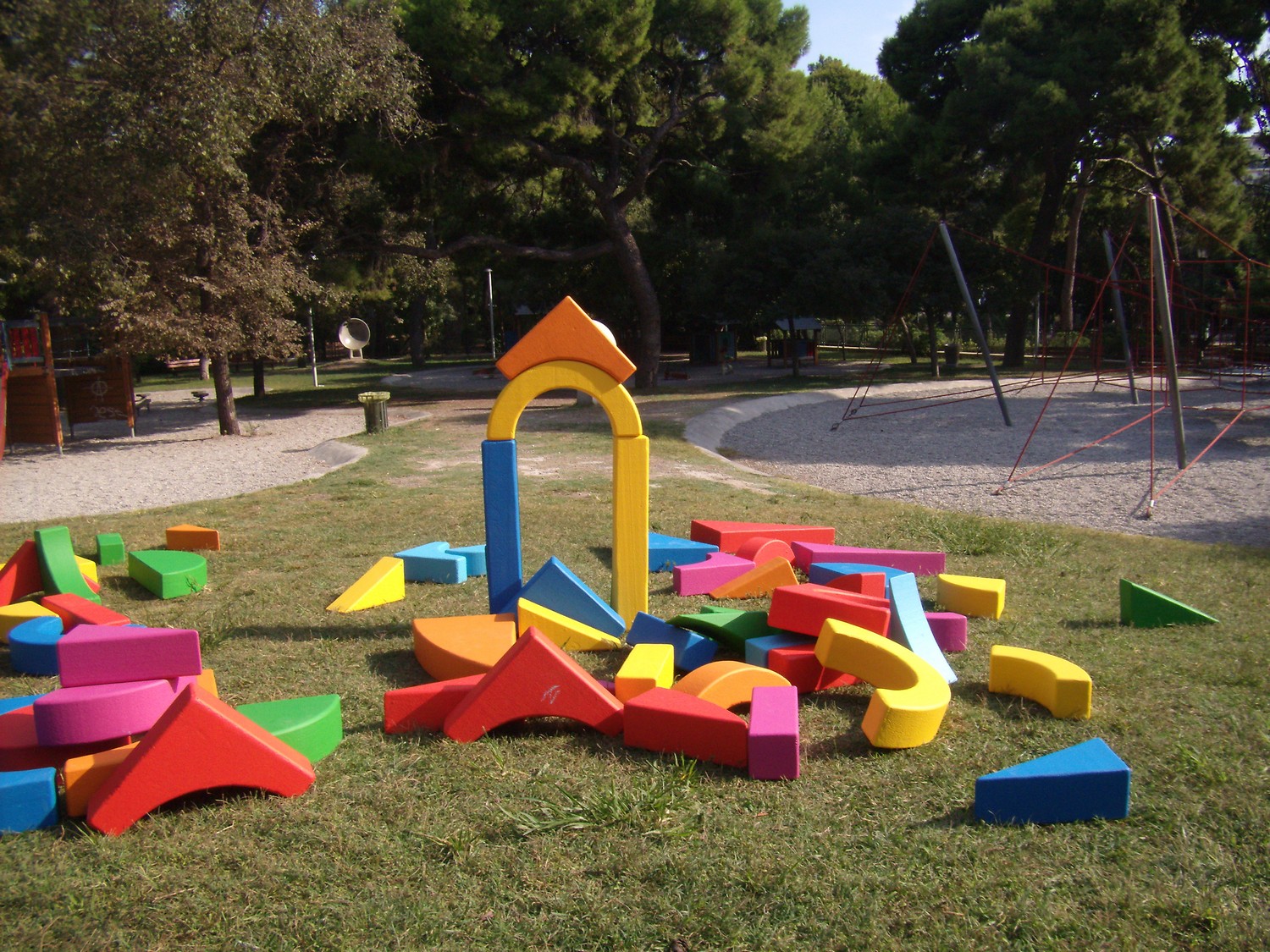 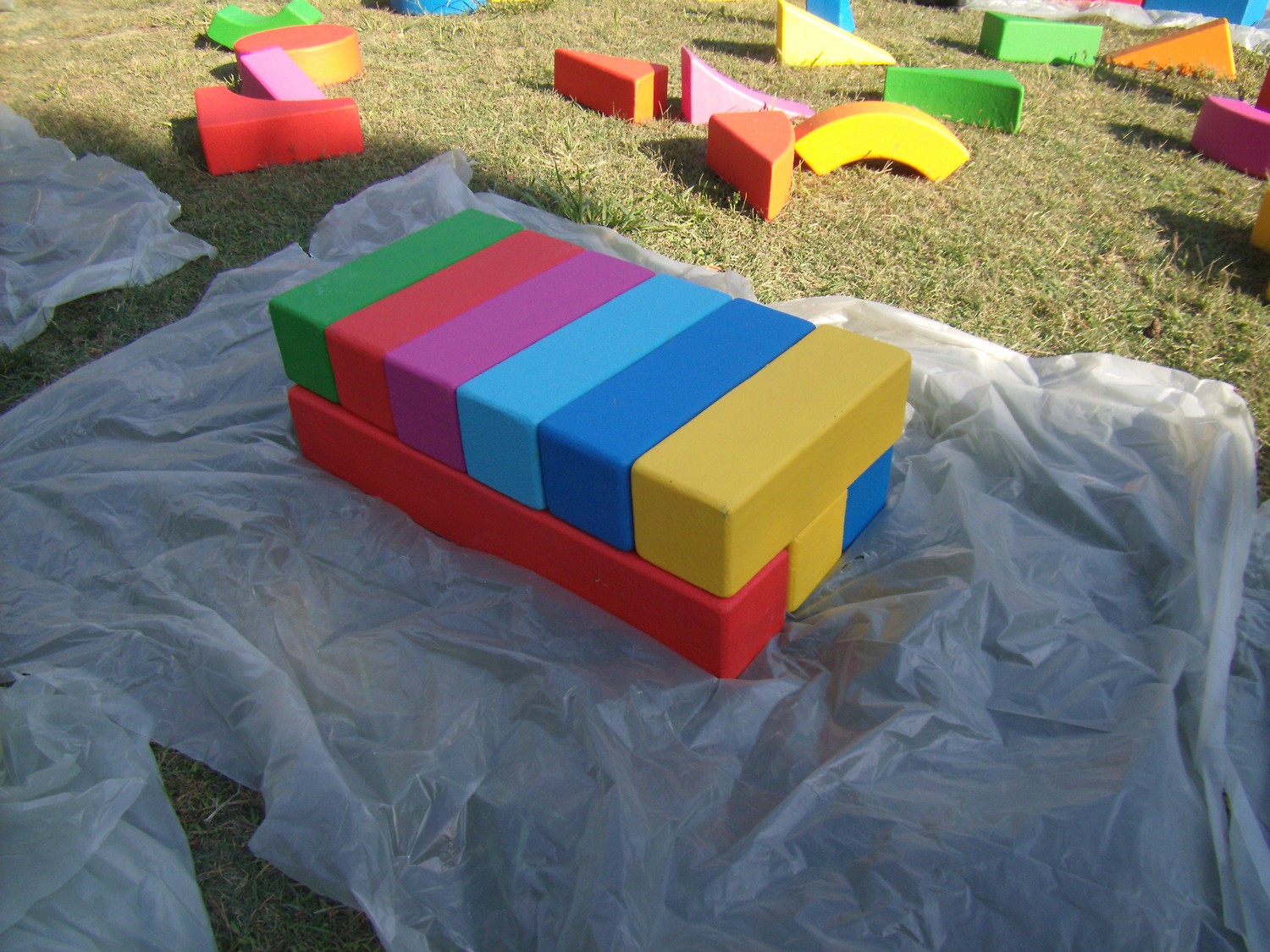 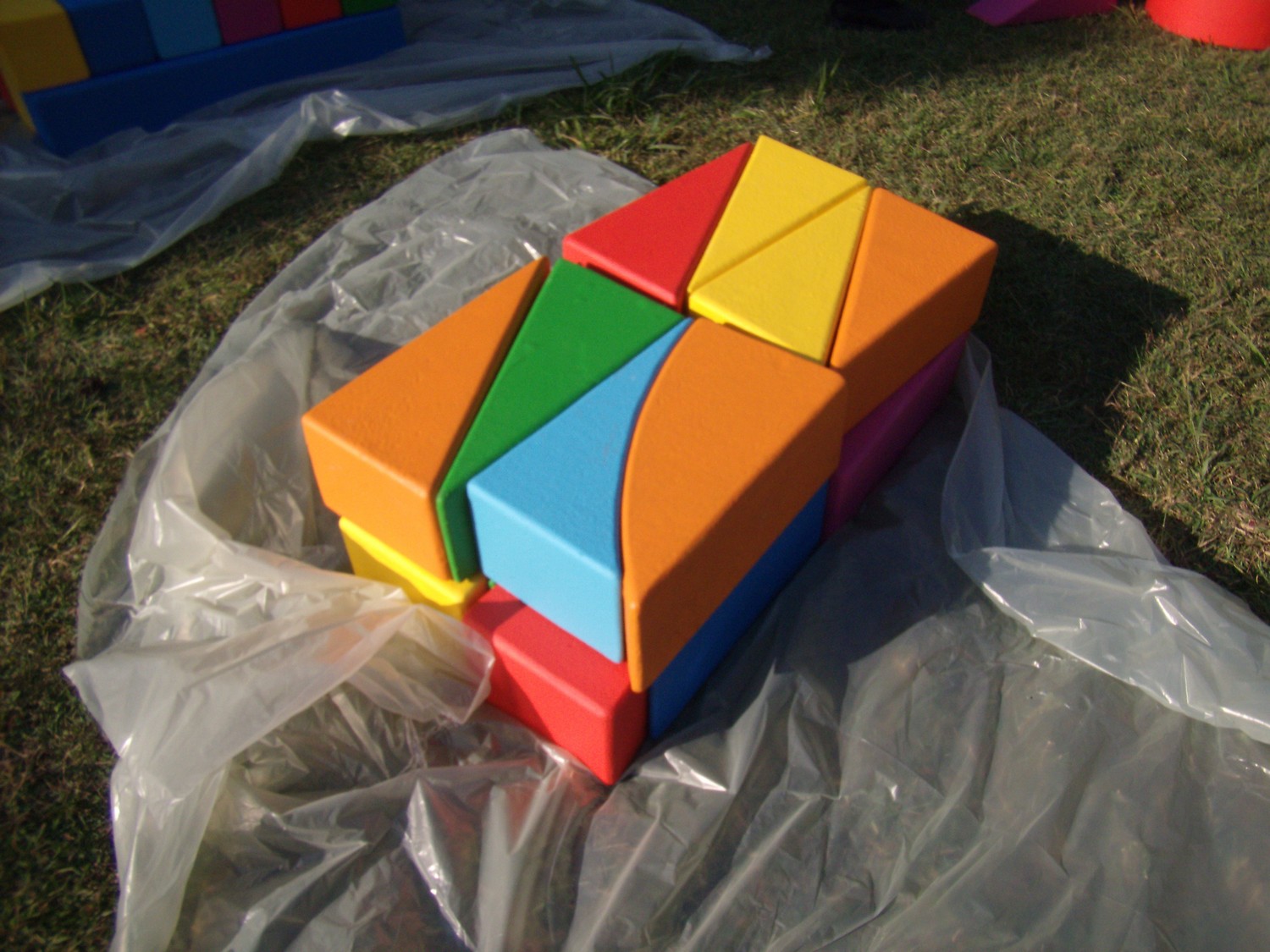